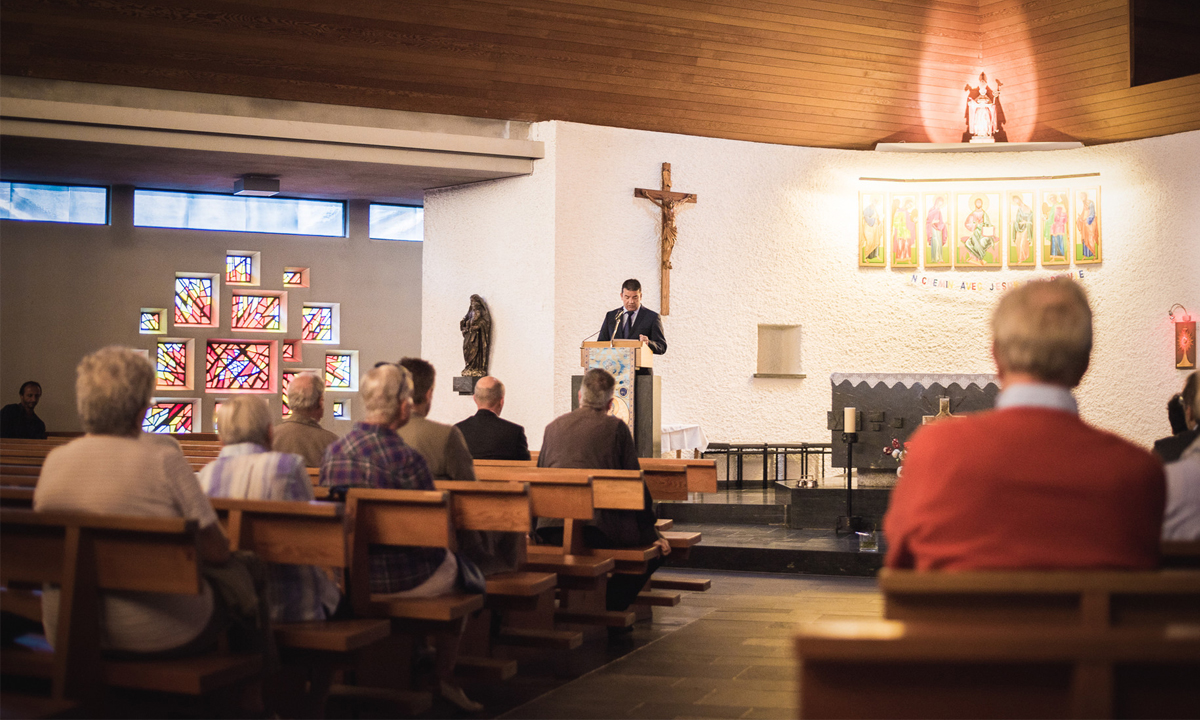 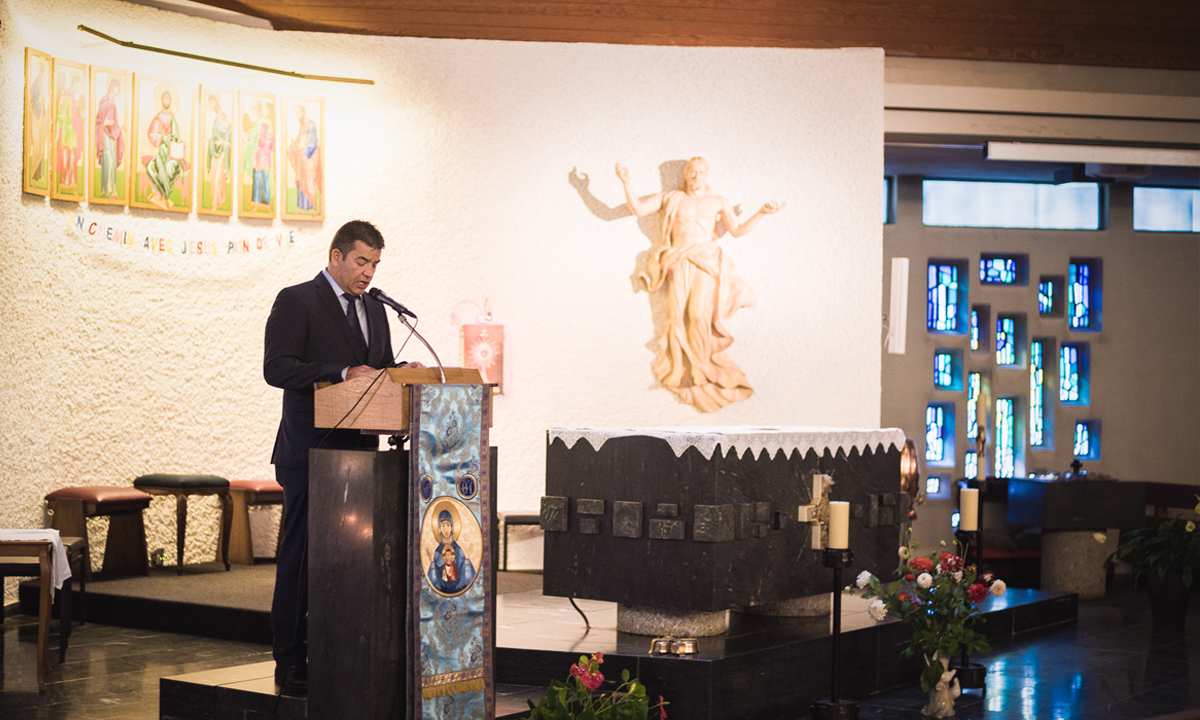 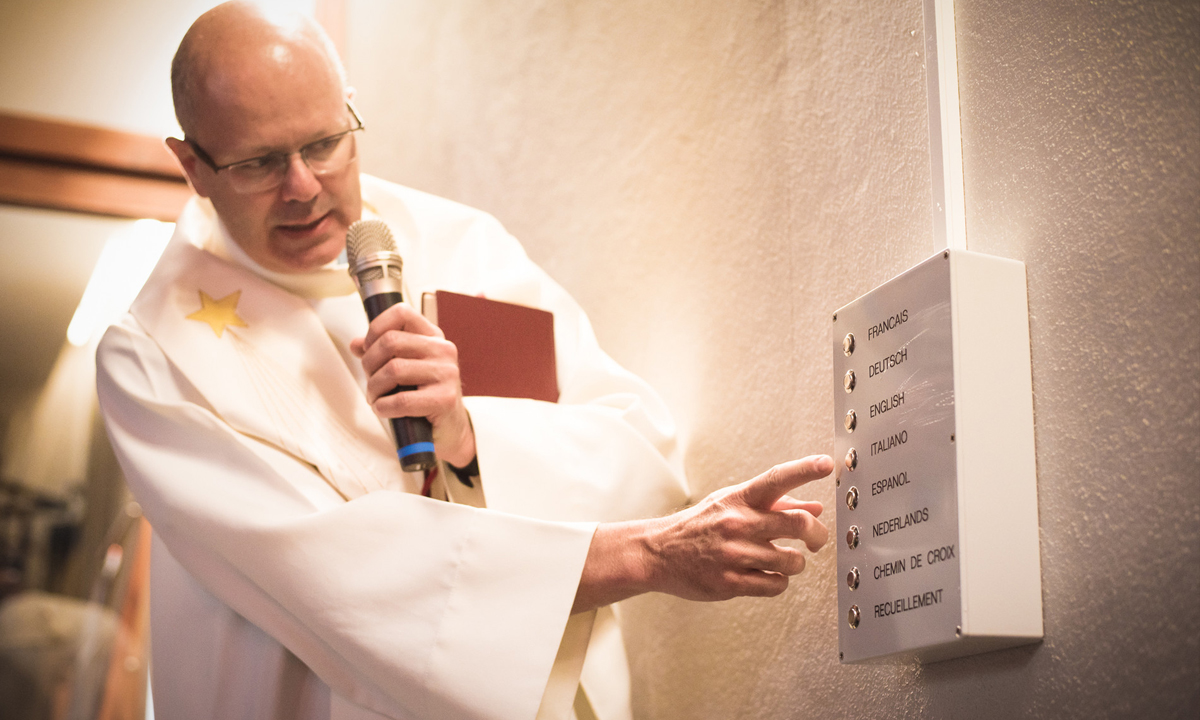 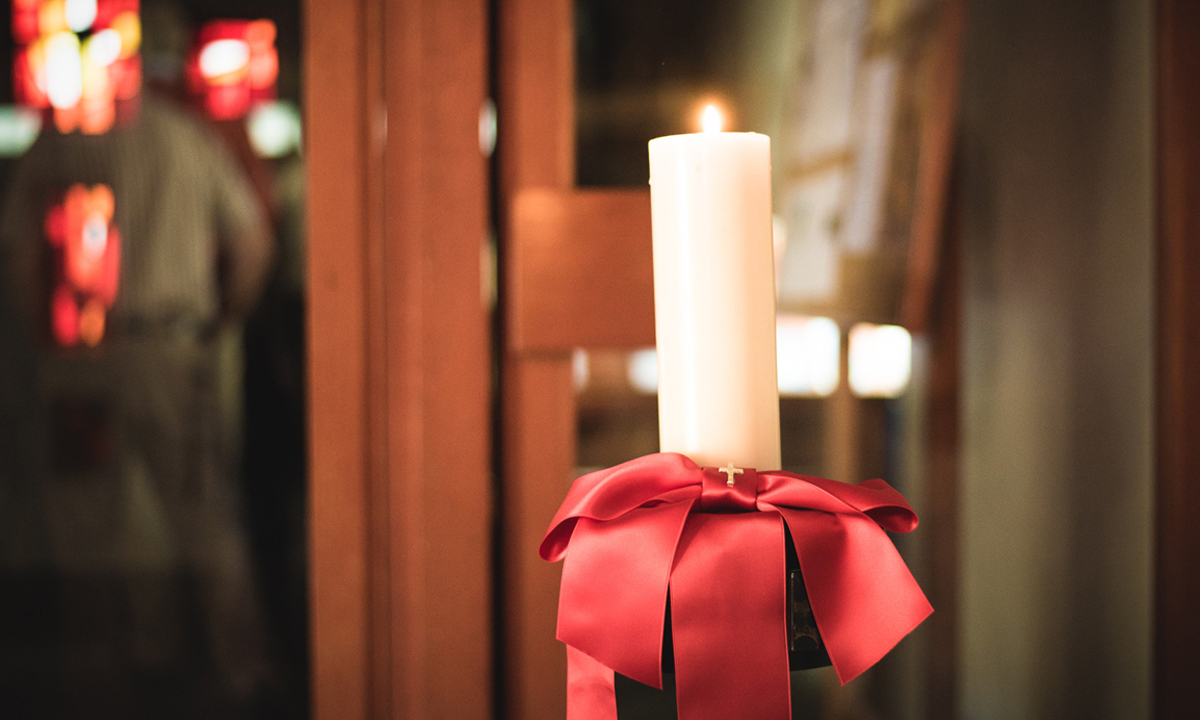 Discover the history, symbols and artistic works of Champéry's catholic church with a unique sound and light show. Once inside the church, simply press a button, then follow your eyes and ears as you are guided by lights and audio commentary.

Although the old church of 1725 was demolished, the iconic bell tower topped with its unique stone arched crown was preserved and classified a historic monument in 1964.

The legend of the bishop Saint Theodule:

A very long time ago, Theodule was the first bishop of Sion. One night he dreamed that the Pope was in danger. He woke with a start to hear wicked laughter coming from just outside his window. Leaning over the windowsill, he could just make out three devils dancing in the moonlight. A courageous man as well as holy, he called out to the devils and asked which one of them was the fastest. The first devil said he was as fast as the wind; the second devil replied replies that he was as fast as a cannonball; the third said that he could traverse the universe as fast as a womans thoughts.

Hearing this, Saint Theodule then promised the last devil his soul, if he would take him to Rome and back to before dawn. The devil eagerly agreed to the bargain, placing a black cockerel on the ramparts of the city of Sion. In turn, Saint Theodule placed a white cockerel on the roof of his castle, begging him not to fall asleep. In an instant, the devil whisks the bishop away to Rome, where he can warn the Pope of the danger that threatening him.

In grateful recognition, the Pope gives the bishop an enormous bell for his diocese. The devil must now carry Theodule and his bell back to Sion. With great difficulty, he manages to cross the mountain pass which we know today as the Theodule Pass, finally reaching the town square in Sion just before dawn.

According to the bargain he made with the bishop, he must still climb the steep hill to reach the castle, but it is too late. High on his perch atop the castle, the Episcopal cockerel spies the rising sun and crows, waking the devils sleeping black cockerel, who begins to crow at the top of his lungs as well. The bet is lost and the devil is furious.

Open to the public year-round

Classified a historical monument in 1964, our iconic bell tower culminates in a unique, arched stone structure that is adorned with a lantern. Legend has it that the construction was inspired by the shape of a ducal crown.