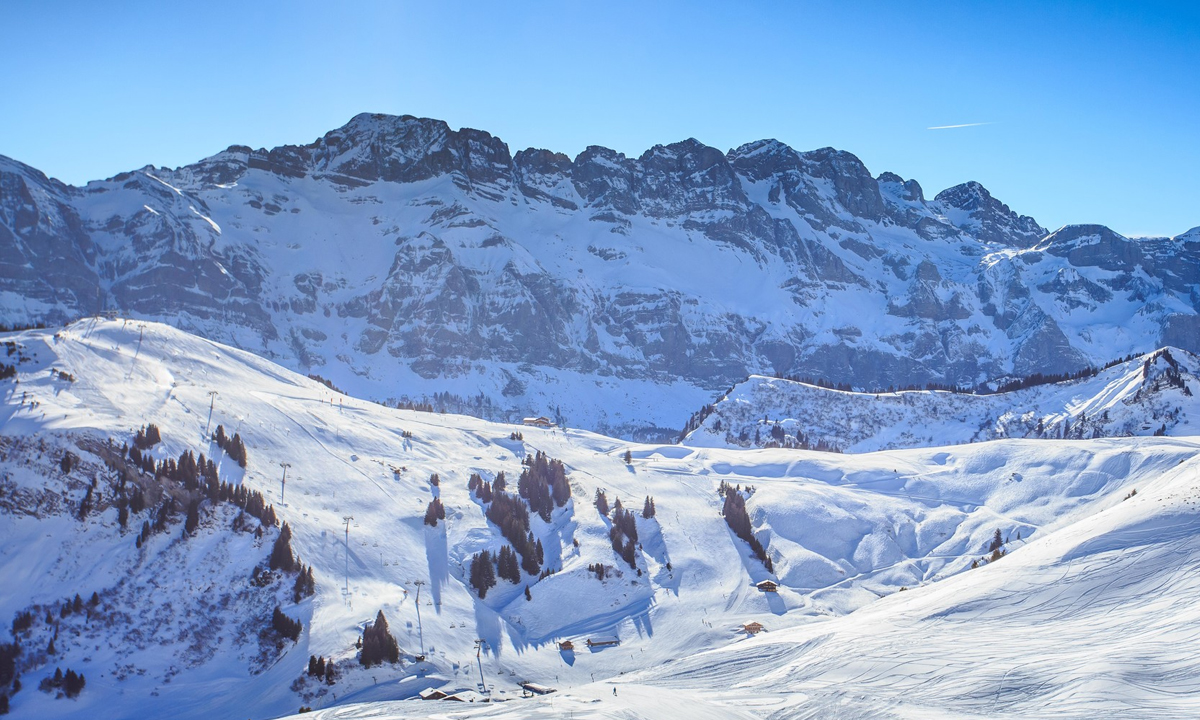 Dents Blanches is a mountain range composed of 9 peaks between Switzerland and France whose highest peak at 2,759m.

9 summits between Switzerland and France

Part of the Giffre Massif, this 2 kilometre-long mountain range separates the town of Sixt-Fer-à-Cheval in France (Haute-Savoie) and the village of Champéry in the Swiss Canton of Valais. The imposing bulk of the chains highest peak, The Dent de Barme, dominates the Val dIlliez from an altitude of 2,759 meters.

Similar to the Tour des Dents du Midi, the Tour des Dents Blanches is a multi-day hiking tour circumnavigating one of the regions iconic mountain ranges. The complete loop is 44.4 km long and has a cumulative elevation gain of 8'400 meters. This tour was established in 1983 thanks to a collective effort between various regional representatives and the Dents Blanches mountain huts and refuges. Together they have mapped out the route and its variations, completed the wayposting and secured certain difficult passages.

The best way to hike the Tour is in a clockwise direction, as it is easiest to climb up the ladders at the Col des Ottans.

Have you heard tell of the smugglers that used to roam the Dents Blanches Mountains? Not so very long ago, covert, and illicit, exchanges of hard-to-find goods between France and Switzerland were almost commonplace.

The Savoyards usually transported cheese, meat and sometimes even cattle, while the Valaisans on the other side of the border usually brought tobacco, green coffee beans or sugar.

The Dents Blanches are a paradise for nature lovers with 4 mountain lakes along the circuit and an abundance of alpine wildlife to be found on this less-frequented tour. While the shy Ibex have made the Pas de l'Ours their preferred sanctuary, sharp-eyed hikers will also spy marmots, ptarmigan and even bearded vultures along the way.

Follow Séraphin the Smuggler along 4 thematic walking trails and discover the stories, secrets and a few lively anecdotes about our legendary Contrabandiers.