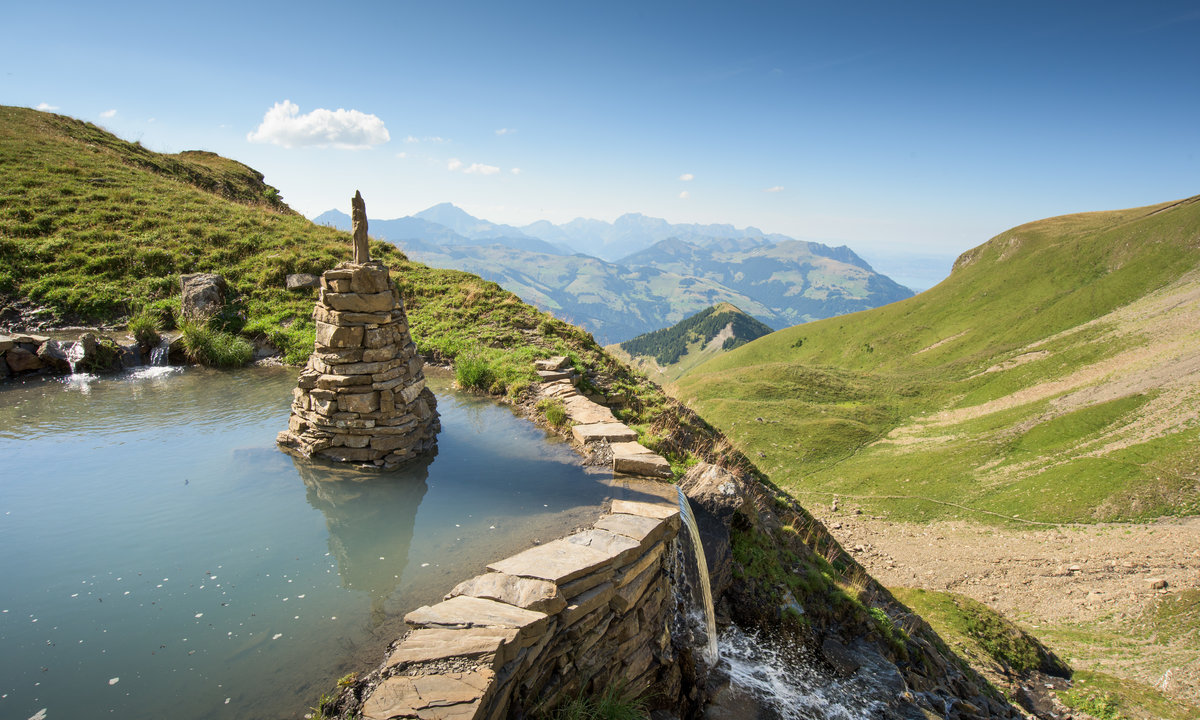 Perched at an altitude of 2,247 m, the strenuous hike is well worth the glorious surprise that awaits you here!

The aquamarine jewel in the Dents du Midis crown, this limpid alpine lake is set in an improbable labyrinth of stone artwork, as if surrounded by the ruins of a fairytale civilization.

Departure point on the Les Rives road at point 1206.

Follow the steep trail from Plan de Soi ascending NE in zigzags. At the pass, a path follows the Soi Ridge. After the pastures, the path crosses two rivers and a small ravine to reach the lake. Descend by the same path; if you have the energy, you can take a short detour from the pass, following a trail to the Signal de Soi viewpoint

A little history:
In 1989, Pierre-Marie Cherix brought his brother to visit this magnificent site. The two brothers fell hopelessly in love with the magic of this place, with its sparkling alpine lake and abundant local stone scattered throughout the plateau. The first dry-stone cairn they built triggered a lifelong passion which has resulted in an intricate stone landscape which showcases the raw, mineral beauty of the Alps.

See the route on Cirkwi